I love going to concerts. It's as simple as that. I did not realize how spoiled I was when I lived in the bay area for 4 years having access to ANY and EVERY concert I could hope for.

Now living approximately 3 hours from any large city, my concert viewing has greatly decreased. Don't get me wrong, I am more than willing to travel for a band I love, however over the last few years bands are more commonly preforming on any day of the week...not just the weekends.

The closest concert venue we have is in Santa Barbara (1.5 hours south.) The venus not that big, so the performers that play there are either bands with one hit album, has beens, or Katy Perry since she's local.

We also have concerts once a year at the Paso Fair. If we are lucky they will have a band that we like (Weezer, STP, Velvet Revolver). This year they have yet to announce an act we would like to see...there is one more night free...let's hope it's not another country act.

Occasionally there will be a fluke...like when MGMT played in Avila last year. (I'm actually heading back to the Avila venue next month to see Sheryl Crow play for a fundraiser. Random, I know.)

I currently subscribe to all concert venue newsletters as well as all of the small bands I like HOPING they will play somewhere near by. I'm learning that it is also very common for smaller bands to play festivals...AKA multi day concerts. Most of these take place over a weekend, which is awesome except it's MULTI DAY.

I will painfully admit that I am TOO old to attend a 3 day concert. Ever since I turned 30 I have really felt the physical effects of getting older. Seriously. A simple weekend trip to SF/LA totally wipes me out. If I can't' take that, how could I survive a 3-day concert? Whatever happened to the 1 day concerts back in the 90's? KMEL Summer Jam? Kamp KOME? Anyone? Those concerts were SO AWESOME. Totally exhausting...but they were only 1 day so you had ample time to recover. 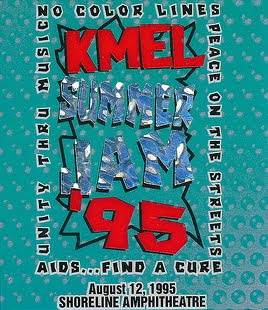 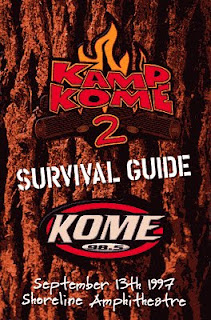 It really bums me out that 1 day concerts have now turned into these MULTI DAY 'festivals.' I'm sure most of you have heard of Coachella as well as Outside Lands. I name these two in particular because A) they both have bands I would love to see, and B) they are both in CA and I could possibly attend them...HOWEVER they take place over 3 days. 3 DAYS! Who has the time and money for a 3 day concert? Ok...so I know one person who has the resources, and that is my friend SA. I must say that I am totally pumped that I have at least one friend who is hard core enough to attend these awesome festivals...and that I get to live vicariously through her.

This weekend she will be going to Coachella for a second time. Read about her survival tips here...and read about her experience last year here.
Posted by Amber at 6:34 PM 12 comments:

New Blog for You

Greetings to my 7 friends who subscribe to this blog. I have the feeling that my other viewers are long gone as it has (sadly) been 2 months since I posted. Sigh. Blogging became so time consuming for me that I became more and more reluctant to sit down and write. It's supposed to be fun right? An enjoyable hobby? Hopefully it will start to feel that way to me again.

While I'm on this blogging hiatus I do have a new blog for you all to follow. My friend Christine has just joined the blogging world and has challenged herself to post everyday. Seriously! So add The Ravenous Mind to your reader right now. Don't forget to leave her some comments, as of now I look like a total stalker fan because I am the only one who has left any comments.

Note: Check back tomorrow. I'm working on a rant post.
Posted by Amber at 7:35 PM 4 comments:

Happy 2011!! What? January is almost over? Where did this month go? How have I not blogged in forever? I swear I keep thinking of things, but no writing has commenced. I don't know what the deal is...I'm lacking some serious motivation. I get some ideas from other blogs, but it doesn't help.

However...I HAD to blog about Oprah's show today regarding the happiest city in America. Did any of you happen to DVR it? I heard a few weeks ago that Jenny McCarthy was in town filming a segment for the show. I have no idea how I missed this opportunity to be riding my cruiser in the background of one of the shots. I would have totally blended in!

Oprah's site did not give me the code to embed the video, so here is the link.

Overall I think the segment was pretty good, but also pretty corny and not everything was 100% true. (If you have time, read the comments underneath the video. Most of them are spot on.)

A couple of observations:
1. We have a bike valet in town? Where is that?
2. I like how they interviewed 1 of the 5 black people we have living in town. Saying SLO is diverse is like saying Fortuna is diverse.
3. There are no jobs here...they did get that fact right. However even though she stated that the medium home price is $400k they did not mention how affordable that actually is for local residents.
4. I also thought it was interesting that Oprah asked how the crime was since my office got broken into about a month ago. (blog to follow).

So tell me...what did you think of the video? Did it look like the happiest city in America to you?
Posted by Amber at 7:20 PM 6 comments:

Last year for my birthday a group of my friends joined me in going wine tasting for my birthday. It has almost been a year since the day, but I FINALLY finished the video montage!

Sorry I have been slacking with the photos this month. I'm starting to feel like Christmas is kicking my butt!! I'm normally on the top of my game, and I think I've been on track with everything...I just think I'm trying to do too much this month. My cookies have been baked for weeks, as well as the Christmas music CDs I made for my co-workers. However there are just a few more handmade gifts that I'm working on that I might have to finish in the car on our way up to Fortuna! There has just been a lot going on and I'm actually looking forward to January for when things will start slowing down. 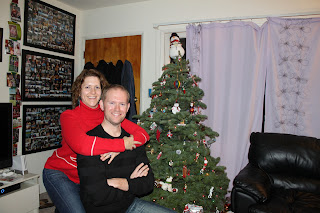 After some serious harassment from Mrs. Hotlanta I have delivered a photo for her (and you). I will try to post again before we leave town this week, but I'm not guaranteeing anything!
Posted by Amber at 7:35 PM 3 comments:

I know I've been a bit of a blog slacker this week, but it's not like I'm sitting here on the couch doing nothing. In fact, I just wrote comments and shared the first photo album from my trip to Atlanta. I know most of you are on my photo mailing list, but for those of you who are not, click here to view the album.

We had an action packed weekend that consisted of spending 10 hours at the Happiest Place on Earth and then having little Gigi melt our hearts. Needless to say it was a perfect weekend. 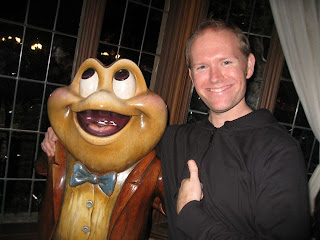 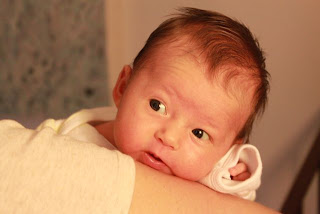 I have a lot more photos to share...hopefully they will get uploaded soon! 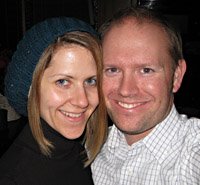 Hello! My name is Amber and I am a graphic/web designer, and have been married to my high school sweetheart for the past 7 years.

Feel free to check out my graphic design website: www.805design.com